The Story so Far

In December 2011, a group of independent wildlife enthusiasts and bush survival experts began investigating reports of strange small ‘ape like’ creatures at a location on Queensland’s Sunshine Coast as the investigation gathered momentum, reports and witness testimony stretching back 40 years led the team to a small forest within a much larger State Forrest

Immediately the signs where clear. The researchers instantly found convergent ‘Ape Like’ signs in the form of day and night beds, tree and ground nests as well as a range of non human BUT non mainstream ape footprints. Experts where sought and traditional Australian Animals where ruled out.  Over the next few months, the team began hearing ‘ape like’ vocalizations from within the forest, recording some of them. Tree knocking was then observed which was returned leading to amazing exchanges. This led to team members being followed on night survey’s, testing a theory that these ‘creatures’ where either nocturnal or simply more active at night, eyeshine photos where captured.

Vocalizations witnessed and recorded had been not only been matched to one specific ape, but rather a range of them from chimpanzee to Gorilla. The team changed tack. Even though these “Australian Apes’ had not been directly sited at this stage, we had daylight vocal encounters at tree lines from 10 meters. The team effectively transformed into amateur primatologists, studying everything and anything on the great apes, seeking insight in the hopes of trying to find out just exactly what they are dealing with.

After a short break the team returned with a new plan to begin programs trying to habituate ourselves with these creatures, the results of which have been stunning. The team set up feeding stations of fruit and vegetables which where being eaten regularly. After several months the Animals could be heard coming closer, more willing to be vocal, yet remaining hidden….that was until August 2012

In August 2012 whilst restocking a feeding station, team members had rocks thrown in their direction by what appeared to be a juvenile. A glimpse was caught of its back; in its simplest form it seemed to be the back of a low land gorilla, but in ? A few minutes later team members heard the strongest and the loudest vocalization to date which was recorded. This seemed to be the first vocalization from one of the adults. Shortly there after the team moved to the second station on the eastern river, the adult followed and the following picture was taken


This Image has been enhanced, however, like all Apes, their curiosity gets the better of them and they observe from what they perceive to be a safe distance. This photo was taken at 120 meters with an 8 MP camera. The object in shot was measured at 6’5 – 7ft – Mountain Silver backs can reach in excess of 7ft.

As promising at this image is, it is not good enough for any kind of identification process in science. This creature was bi pedal, standing on its hind legs. We have no idea if that is the primary form of locomotion or if this bipedal stance was the animal trying to get a better look. The second piece of evidence was taken on Trail camera at feeding station 2 of the 9th of September 2012, located only some 50 meters from the above location. 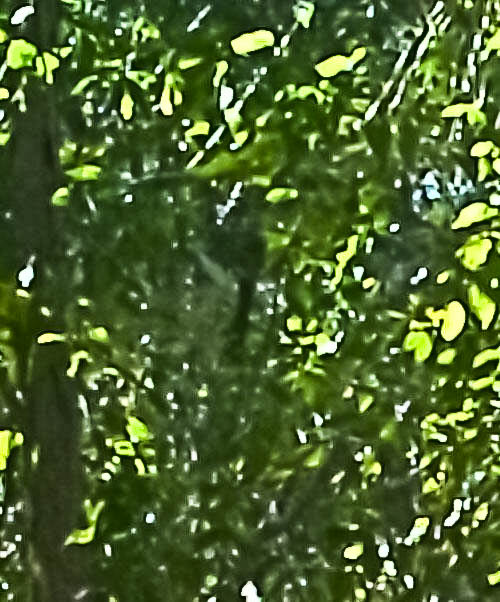 In this ‘one of a kind’ photo, a gorilla shaped head and face is clearly viable, so too is a typical ‘ape like’ arm. This tree nest was 6 meters above the forest floor at a distance of 35 meters from the camera. This image has been lightened, magnified and cropped. The subject in shot was indicatively measured at 3 ft 4 inches.

This image has been successful in obtaining the interest in several academics around the country, who have declared ‘off the record’ that the subject in this image exhibits classic primate characteristics.

The third and final compelling photo we obtained was in January 2013 whilst working with an SBS crew. Also within 50 meters of the previous images, They (SBS) did not capture this image, the author of this proposal did. The subject was only 25 meters away and allowed me to approach for the photo, whilst once again, it isn’t overly clear; the body outline is clearly similar to that of a Gorilla.

Below is the raw image of the tree sitter hiding behind green foliage on a very large branch, just watching us carefully. After months of attempted habituation we feel that the animals might be slowly becoming more comfortable around the research team. The third image is that of the branch he/she was found sitting on when we returned the next day to search for any physical signs of the Australian Ape. 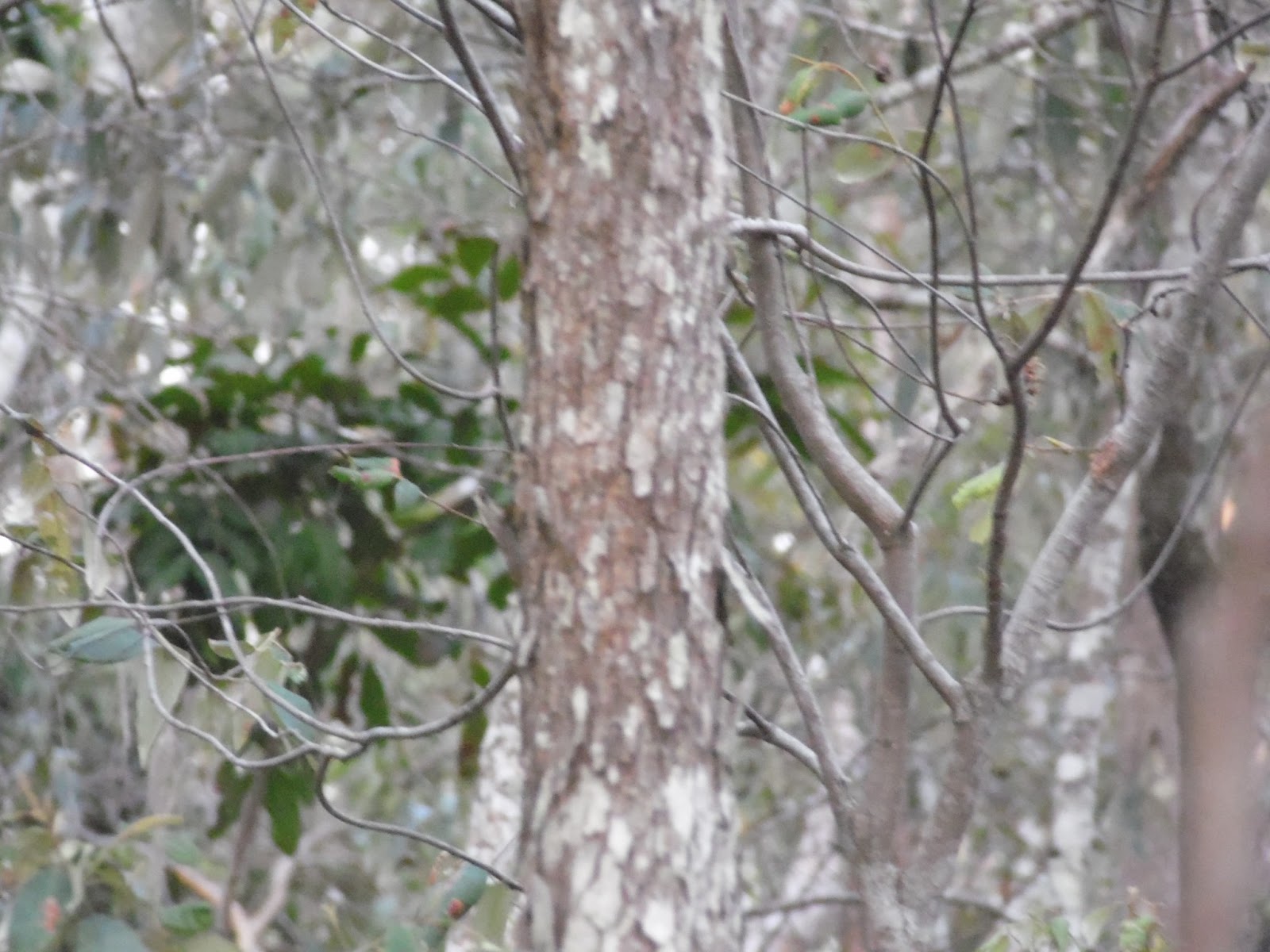 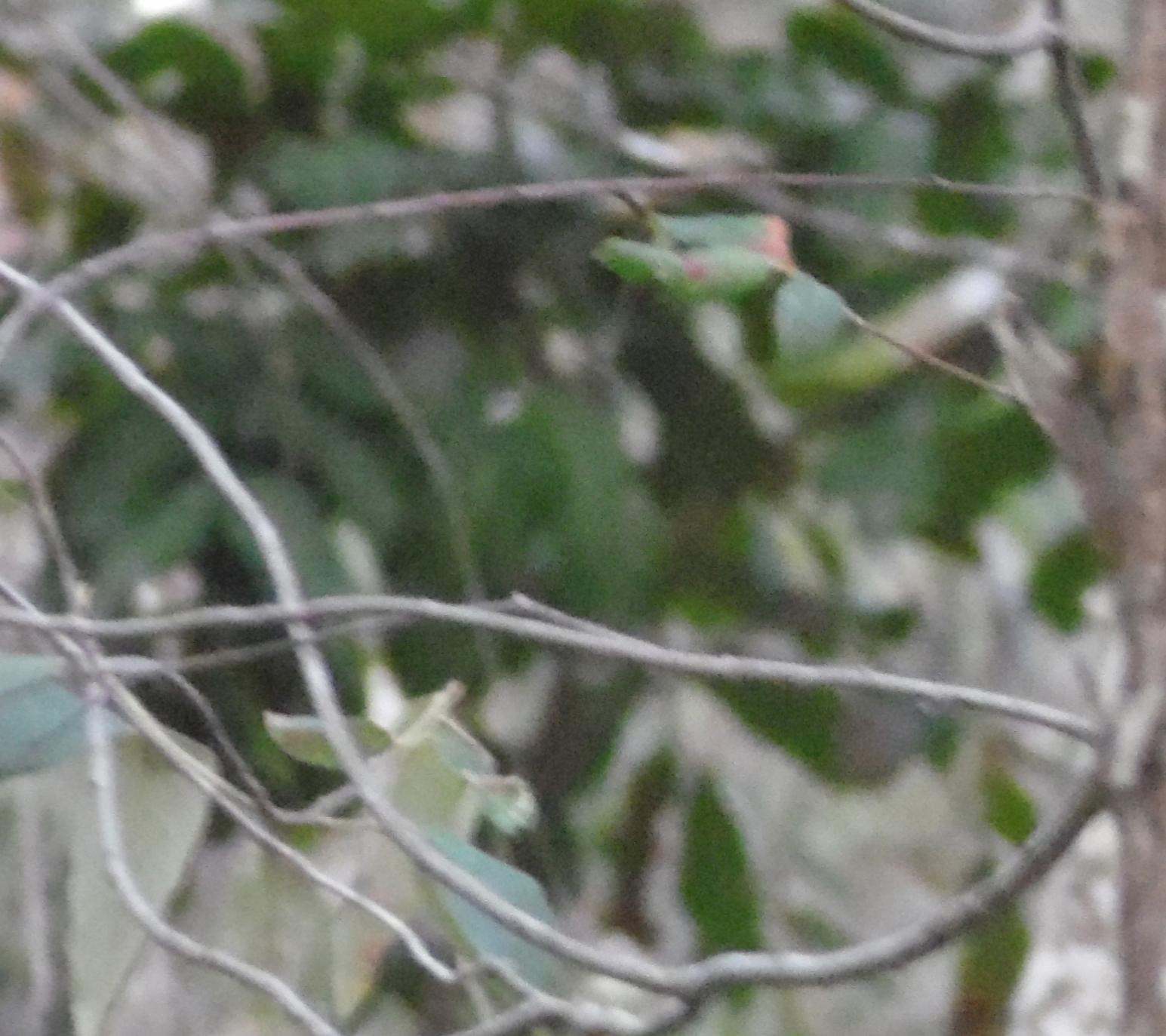 Note, the classic Gorilla type shape to the body which can be seen clearly, the head, upon magnification reveals two small, dark eyes with upward pointing sockets. This indicates a primary nocturnal function. Camera used was Samsung WB100 16.2MP. Due to the density of the forest the image was difficult to capture with this camera.

All to the point of habituation we follow text book Primatology practices, whilst however we are not scientists we have access to world leading primatologists, biologists, Paleo Archeologists and as well as work with some of the best field researchers around the country

Whilst we posses a lot of reasonably high end consumer equipment we do not have access to funds needed, as we are self funded our time in the field is limited. We have no doubt that we can not only improve dramatically on what we have achieved in one year and perhaps make the discovery of a lifetime.

This subject has been in Australian culture and lore for over 200 years and in the Aboriginal culture for at least 10,000 years. Whether you call it “Yowie’ or ‘Junjudee’ the one inescapable fact for us is as below;

Our research team has been successful thus far because we apply primatological and scientific principles In our work, we only in engage in evidence and facts and we even in this document have mounted a strong case for the creatures given how brief this document is given the volume of work we have and now we track them as we would any other primate and it works

We thank you for your time and consideration

Posted by The Australian Yowie Project at 00:27